BFIG 2010 Season Recap: All Wins Are (Not?) Created Equal 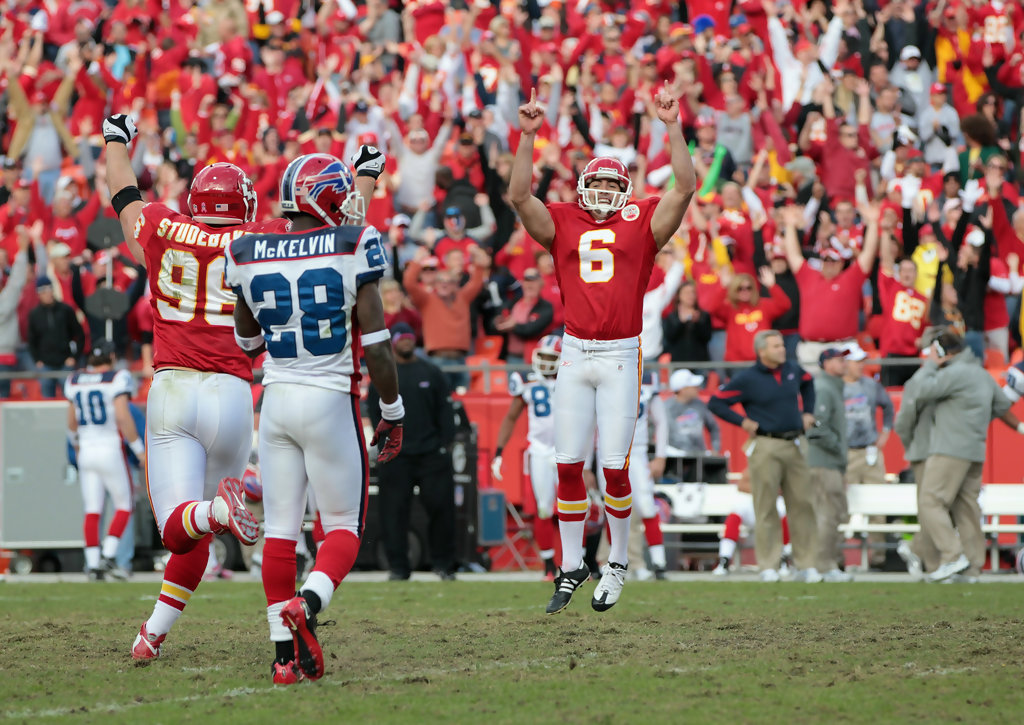 Three-point wins might take a few weeks off your life, but they all count the same in survival...

He picked the Cleveland Browns... and survived. He picked the Packers to beat the Eagles in Philadelphia... and survived. He made New Orleans his seventh most confident pick in the Week 17 pickoff, and because Aaron Hawkey made the Saints his sixth most confident pick, Ken became our 2nd Annual THE NFL (Brett Favre Isn't Gonna) Survivor Pool Champion.

The 2010 season saw the emergence of several BFIG truisms: Never pick games involving the Cincinnati Bengals; never pick the San Diego Chargers to win; never pick the Philadelphia Eagles when the season is on the line.

Now, we take these things for granted. In 2010, though, roughly half of our 86 compatriots were new to the pool. It was fitting, then, that heading into Week 16, we had three vets and three rookies still standing.

Week 16 looked too good to be true. With 15 weeks down, how were there so many easy matchups on the board? Jacksonville (-7) over the lowly Redskins at home. Philly getting 14 points because Minnesota was coming to town... with Joe Webb at quarterback. Dallas favored by 7 at Arizona in a must-win game for the 'Boys.

Silly us. Don't ever say such things to the Survival gods.

All three squads went down, and thus we had our first-ever pickoff (in Week 17, no less) for the title belt.

In the end, newcomer Ken Sofer emerged victorious, edging out veteran Aaron Hawkey by the slimmest of possible margins. They both picked 12 of 16 games right, but Aaron's first loss was confidence 6. Ken's first loss? Confidence 7.

So wrapped the storybook season for Mr. Sofer. He won two Moxie awards en route, along with those game-winning field goals in Weeks 7, 8 and 9.

Ken finished the season ninth in the margin of victory standings. Something tells The Commish that Ken didn't mind one bit.

He won the margin of victory crown (+213) by four points over Justin Frederick.

These fellas all finished the season with a -25 margin of victory. On opening weekend, the 49ers got creamed by the Seahawks. Using this game as an unfortunate example, the pool stayed almost entirely away from the NFC West the rest of the season.

The Browns beat the Patriots by 20 in Week 9. Feel free to read that again.

Dude, How Are You Still Alive? Award: Dave Zito

Heading into Week 6, the Niners were 0-5. Whether he was drunk or not is beside the point, because this man picked those Niners and he escaped with a win.

The champ raked in two Moxies. Shout-outs to Steve Angarita and Rhett Bollinger, who each brough home 1.5 Moxies.

This squad was picked in eight weeks (the most of any team), and lost four times.