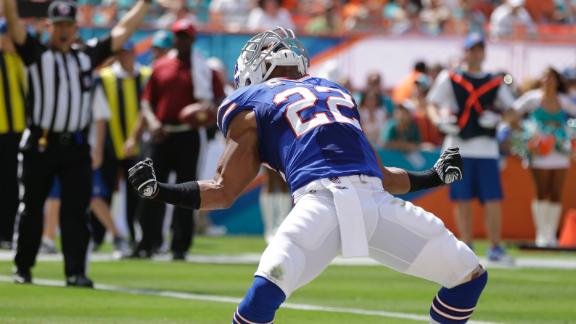 Whether it was The Pick or The Spreadsheet, 2013 was proof that it's good to go it alone...

Everything that is good about the NFL, about survival, and about borderline-psychotic underdog bets combined to produce as perfect a survivor season as you'll find.

It ended just how you'd expect a storybook season to end: An OG BFIG'er, newly belted and drunk in an outdoor Icelandic tub, raising a frosty brew to the Viking Survival gods.

Heading into the season, NFL pundits were predicting a "chalk" year - a rare case where last year's playoff teams remained on top.

BFIG 2013 saw a ridiculous 18 picked teams go down in the first three weeks. So much for chalk.

After five weeks, just 118 out of 462 remained. But when weeks 6 through 9 saw just 38 survivors go down, there was a feeling that maybe 2013 would still go the distance. Maybe the waves had calmed for good.

The remaining field pointed at the 0-8 Jaguars, losers by a (historically bad) 198 points through the season's first half, and saw a clear path to BFIG glory.

Well, everyone except Ryan Thurlow.

Thurlow shocked the world by picking Jacksonville to win on the road at 4-4 Tennessee. A pick that was opposed by 61 of the remaining 77 survivors.

The Commish received a few jokes at Thurlow's expense once the picks were revealed. At halftime, that turned into a few worried texts. In the fourth quarter, it was emails asking about Thurlow's mob connections. And after Jacksonville won, there were calls to end the pool immediately and give the man behind the gutsiest pick in survival history the title belt.

Long live Ryan Thurlow, the only person without a title belt to be inducted into the BFIG Hall of Fame.

That's right. Without a title belt. Because two weeks later, Thurlow and three others in the final group of 8 lost by picking against the Jaguars. Three more lost by trusting the never-trust-'em Lions. And we were left with just one.

Kevin won the Thursday night game, jetted off to Iceland, and upon word he'd won the title belt, promptly drank 20 beers and two handles of vodka in a retractable roof igloo hot tub while singing songs of football merriment with the (viking) survival overlords.

Because how else can you explain a survival pool of 462 people lasting just 12 weeks? Kevin must have an in with the gods.

There won't be displacement in the all-time margin of victory leaderboard this season. But thanks to seven straight wins of at least 14 points, Brendan's +173 gets him this season's award. Michael Callahan was second with a +170. Our champ finished T19th with a +149.

The Giants showed up to play the Panthers in Week 3. That's about all the Giants did, losing 38-donut. That gave Eric a -33 on the season, which he thought was terrible... until he realized it won him an award. Totally worth it.

The Bengals' 40-point massacre of the Jets in Week 8 was the biggest picked blowout of the year.

For anybody who hasn't been following closely, we had a man pick the then-winless Jacksonville Jaguars in Week 10. Their opponent, the Titans, had something like 80% of the pool on them. The Jags won, Thurlow punched his ticket into the BFIG Hall of Fame... and then proceeded to lose by picking against the Jaguars a few weeks later.

No one netted multiple Moxies this season, despite Moxie winners finishing above .500 for the fourth time in five seasons. Thus, the award goes to Thurlow, who many argued should win the pool outright because of his Jacksonville pick.

A perfect 7-0 record.163 picks and 163 victories, including our champion Kevin Graves' Week 10 pick, which enabled him to avoid the Titans/Colts apocalypse.

Winless in three weeks picked, the Vikings cost 100 of us a shot at BFIG glory.