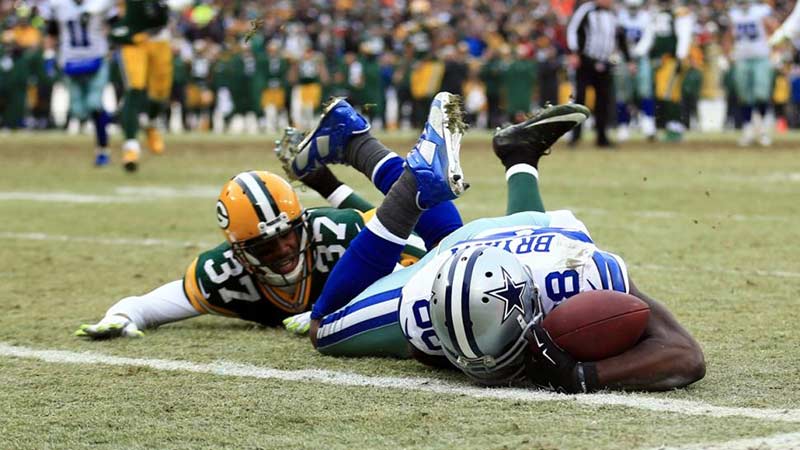 Remember Dez Bryant's catch incompletion in the Cowboys-Packers playoff game? Yeah. That might have decided BFIG 2014.

In a year marked by razor-thin margins and repeated escapes - never before had a season gone to the playoff Divisional Round - two brave souls battled a full 19 weeks to decide sports' most coveted amateur title.

After picking the same Wildcard Weekend slate and going 3-1 with a PIT loss, David Mikulka and Anthony Walker found themselves almost fully aligned again the next week. Only David had Green Bay, and Anthony had Dallas.

Imagine what Anthony must have done. If a Super PAC is ever formed to change the catch rule in the NFL, we know who'll be the mastermind behind it.

Who knows if that call would have flipped the game's result, but we do know that Mr. David Mikulka ended up taking home the title belt.

Unless he wins a second BFIG title, of course. But is that even possible?

Ask me again after BFIG season 92. You're damn right I'll still be writing the weekly emails.

Posting a -28 margin of victory isn't fun, but taking home a BFIG award is! Minnesota destroyed St. Louis by 28 in Week 1, giving these guys the distinction of having BFIG's most below-water total.

These fine folks all watched their St. Louis Rams absolutely destroy Oakland, 52-0. Fitting that the schizophrenic Rams were responsible for both the biggest blowout and the most disappointing Week 1 loss.

In Week 4, the Giants were 1-2, fresh off two awful losses and still without Odell "Freakatron" Beckham, Jr. And, wait a minute... yup, still quarterbacked by Eli Manning. Kent picked them... on the road... in a Thursday game... against a divisional rival. Sure, it was toothless Washington, but in Week 4 people still thought Kirk Cousins was a starting quarterback. 45-14 Elis.

John only made it to Week 5, but look at his first three weeks: Jets, Washington, Atlanta. If we knew then what we know now, John would definitely have been the Vegas favorite to win it all.

Not only were they the only undefeated team (5-0), but they were picked against twice and lost both games, and somehow didn't garner any picks after sitting at 9-1 in Week 10. Sure, Carson Palmer blew out his knee, but most people still felt Arizona was a great team at that point.

So many choices here. New Orleans went 2-4. Cleveland was good enough to make people pick them, then immediately returned to being Cleveland. But in the end, the Bills had a startlingly bad survival season. The Bills were involved in 10 games and had 5 total losses (either losing when picked or winning when picked against). They knocked 286 people (26%) out of the pool. They torpedoed many of us in Week 1, winning at Chicago; and they dealt five people a crushing Week 16 blow, losing to the Raiders one week after beating the Packers.