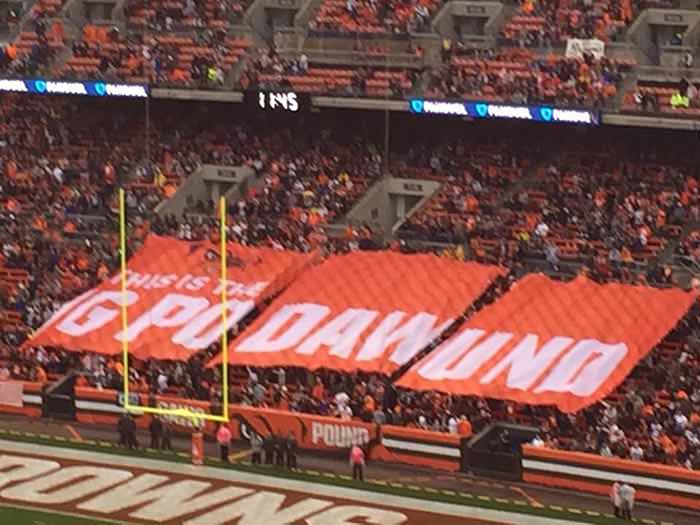 Question: How do you end up with a mind-bending 79-person pickoff for the BFIG Title Belt, just one season after 98 percent of the pool was eliminated by Week 2?

Cleveland blew a 20-0 lead against the Ravens in Week 2 (650 survivors saved), then ran it back the next week by missing three field goals and failing to produce any points from a 1st-and-10 on the Dolphins 26 with 20 seconds left en route to 30-24 overtime loss (1,428 survivors saved).

Fourteen consecutive Browns losses, combined with a 49ers team that was statistically worse than Cleveland, a Jets team that made fans long for Buttfumble Deux just to remember what smiling felt like, and Bears and Rams squads that were outscored by a combined 41 touchdowns on the year, and we got the most buttery survivor season since BFIG's inaugural campaign in 2009.

Divisional Round pickoff (to produce a champ):

All told, picking against Cleveland produced 4,448 victories - more than we'd had total in any BFIG season prior.

Our 81 percent gross winning percentage (16,605 wins against 3,785 losses) was the highest since 2010, when we had just 86 people in the pool and the Panthers were busy getting outscored by 212 points.

A full 79 people ran the gamut, going 17-0 in the regular season. And our newly instituted "Title Belt Tiebreaker" failed to produce a single champ as both @nbossert and @jmanfield went 15-0 in the Tiebreaker.

Throw in their 4-0 Wildcard Weekend performance and 2-0 start to the Divisional Round, and our two contenders for the Belt began their season with 38 straight wins. 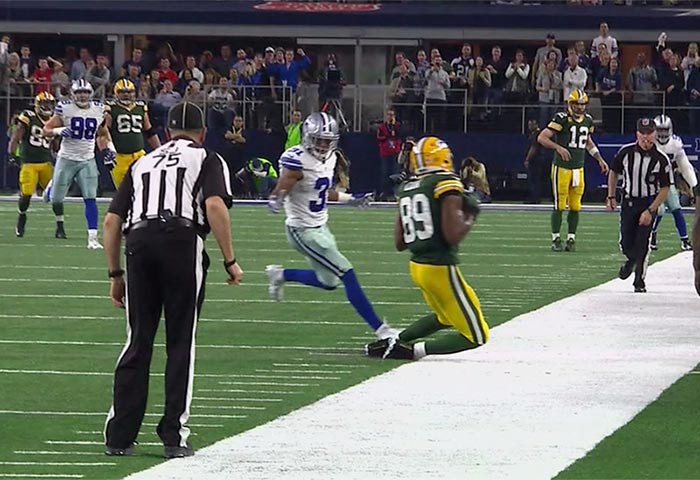 Commish can only hope our champ, who was part of the Week 3 contingent that slid by on Cody Parkey's flaccid leg, has this... artwork... framed in his newly renovated man cave: These three watched Washington get trounced by 22 in Week 1. They most definitely did not like that.

On the eve of the 2017 season, we are still waiting for BORTLEMANIA!! to break out. Out of 20,000+ picks, exactly one pick was a Jaguars winner in 2016, and that was @hacknuts' pick of the Jags over the Bears in Chicago. Yeah, the Bears were terrible, but dude picked Bortles on the road. Dude is an original American hero.

The Moxies had their first sub-.500 year since 2011, going a bleak 5-10. Commish is blaming it on the Browns, who generated several Moxies but brownsed them all away. Still, Moxies are above .500 throughout BFIG History, and you cannot win the Belt without demonstrating you've got some.

You can't aid a survivor pool any better than the 2016 Cleveland Browns. This is Cleveland's second BFIG "Best Team" award, both times for their amazingly reliable futility when picked against.

The Cardinals pick up their third BFIG award (Best Team 2014; Worst Team 2012), making a strong case to become BFIG's next "Never pick a game involving..." team. You already avoid the Eagles, Chargers and Saints if you know what's good for you. Arizona knocked out 100+ people in three of the season's first four weeks, and lost four times total when picked, torpedoing 720 hopefuls' Title Belt dreams.

BFIG 2017 - our ninth season! - kicks off in early September. Get in the NFL SZN now to ensure your spot in the competition to end all competitions.

CHECK OUT ALL THE LATEST POSTS AND POLLS HERE